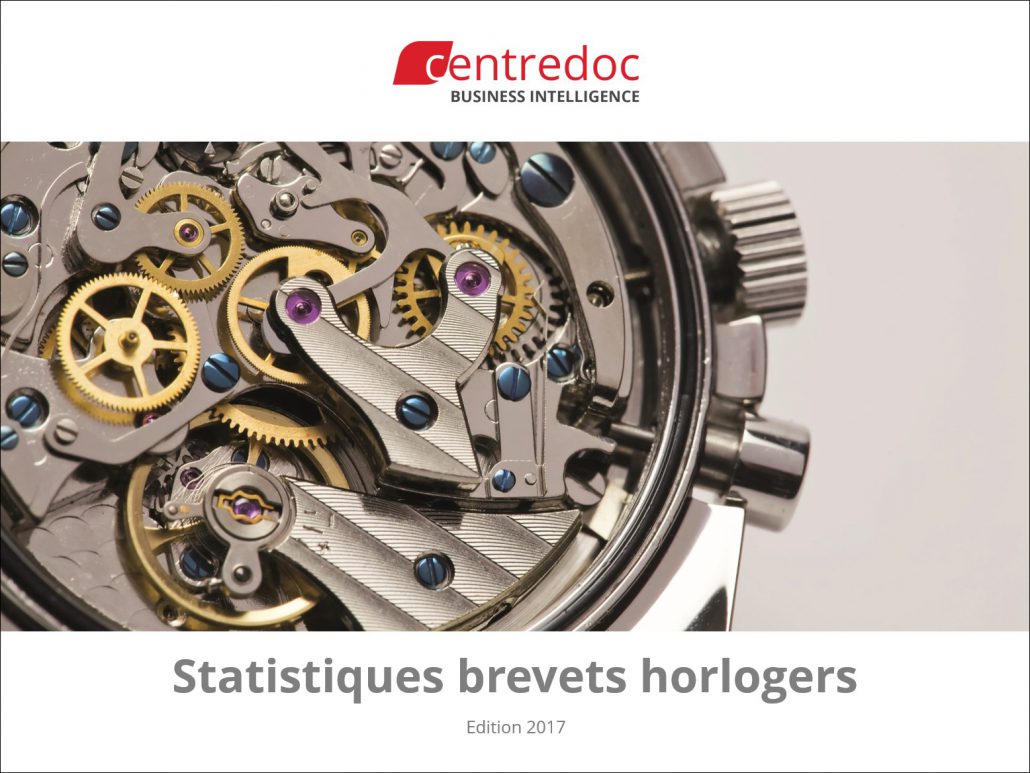 In 2016, the worldwide watch industry has created and filed a substantial number of innovations in mechanical watches, exterior parts, as well as electronic and connected components. The actors in these fields are as numerous as the topics of invention. Therefore, it is very difficult for those industry players observing the sector to keep an overview of what is going on and to deduce a compelling strategic vision.

In order to support the endeavor of keeping an overview of the innovation and technology activities worldwide, the Swiss Center For Data Analysis (CENTREDOC) publishes, for the second time, a Global Watch Innovation And Technology Review (Patent Landscape). This report covers the inventions published in the following coutries: Germany, France, the UK, Switzerland, USA, and via the European Patent Office (EPO) and World Intellectual Property Office (WIPO).

The 2017 Edition of the Global Watch Innovation And Technology Review highlights the following facts about inventions and new products and processes in the watch industry.

1. The number of inventions has continued to grow throughout 2016, despite of the difficult market environment

In 2016, a total number of 1’032 new patent applications have been filed in the field of horology in the analysed countries (Germany, France, the UK, Switzerland, the USA, EPO and WIPO), representing a 16% increase with respect to 2015. This figure relates to classical (mechanical and electronical) watches without considering connected watches.

2. The Swatch Group remains leader in the field of “classical” watch innovation

3. The electronic watch is at the top of the innovations filed

4. New actors in electronics are arriving in force

Apple, Samsung, LG or Google, these are some of the names the watch industry was not used to see in its field until recently. However, these companies position themselves henceforth amid the high end in the ranking of the community of watch patent filings. Samsung is at the 3rd place with 57 published patents in 2016, LG is 4th (46 patents), Apple is No 6 (32 patents) and Google is No 9 with 14 patents.

Without considering the technologies related to connected watches (which are one domain of electronic), and considering only the areas related to so called “classical” watch making, Switzerland is at the top of the origin of innovation. This country is in fact the principal source of patents published in this field in 2016 in the covered countries, before the USA, Japan and South Korea (Asian patents are not covered by the study but asian countries applied for occidental patents, explaining the presence of Japan and Korea in this ranking). Switzerland is particularly strong in the domain of exterior parts and mechanical watches. 3 of the 10 principal applicants are working out of Switzerland (Swatch Group, Richemont, and Rolex).

The Global Watch Innovation and Technology Review – 2017 Edition can be ordered under the following link:

Centredoc: a vital partner of the watch industry for more than 50 years

MINESOFT & CENTREDOC create a bridge between PatBase and RAPID platfor...
Scroll to top