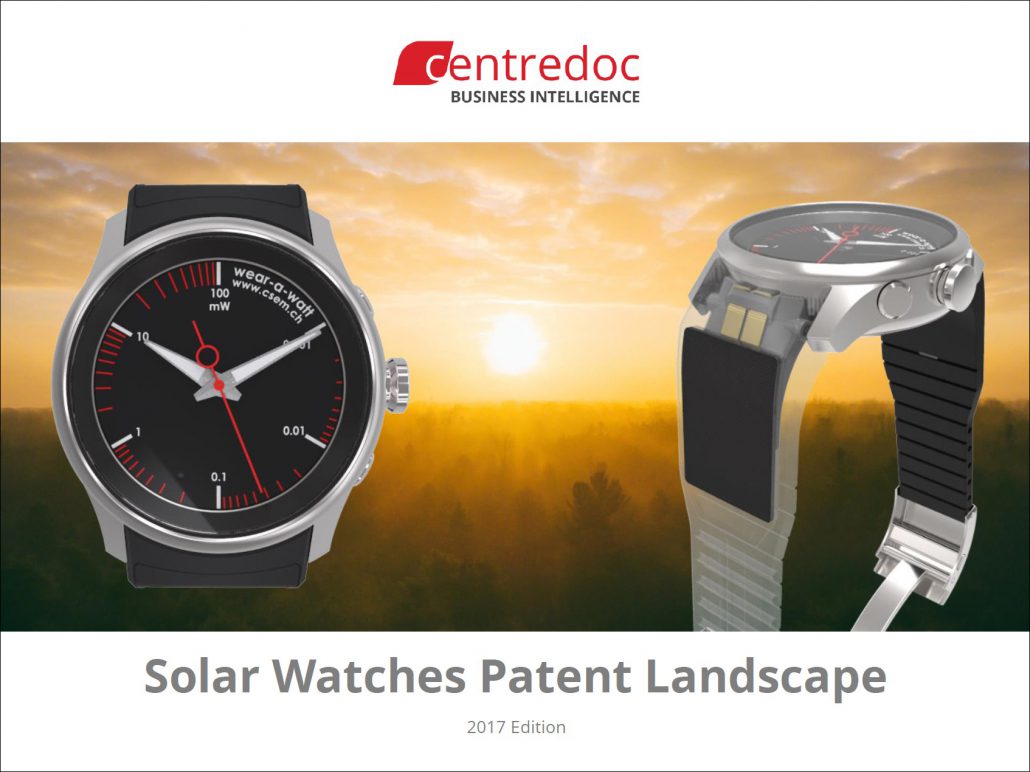 Smartwatches and wearable technologies relay strongly on their capacity to spare and/or gather energy. Thus, solar cells product integration is attracting an increasing interest amongst industry players. CENTREDOC Solar Watches Patent Landscape study gives you the unique opportunity to get an instant global view of the patent activity related to this topic. 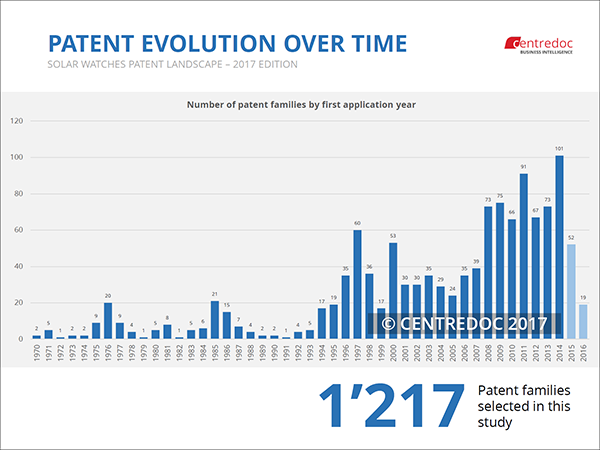 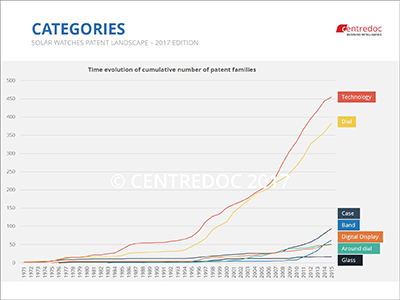 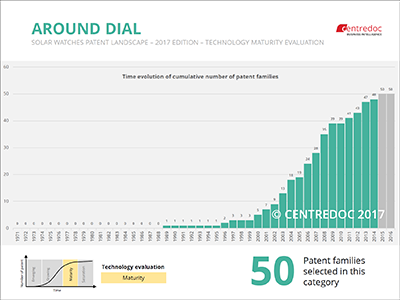 Technological innovation has been a driving force of global competition in the watch industry during the second part of the twentieth century. Research and development (R&D) and mass production in the field of quartz watches enabled Japanese companies to challenge Swiss watchmakers. Japan was the world’s largest watch producer in 1980-1985. Yet, during the 1990s, the watch industry experienced a paradigm shift, marketing strategy becoming the core of competitiveness. However, while Swiss and Hong Kong firms repositioned to luxury and fashion watches, respectively, Japanese companies pursued their focus on technological innovation.

The development of “solar watches”, that is watches powered by small solar cells, embodies perfectly the technology-based strategy of Japanese firms. The need to change the battery was considered as the main weakness of electronic watches and consequently companies throughout the world carried out R&D to solve this problem. In Switzerland, Swatch Group improved the durability of batteries, through its subsidiary Renata. As for Japanese companies, they developed electronic movements that did not rely on batteries. Seiko created the hybrid movements Kinetic and Spring Drive (quartz watch powered by mechanical rotor), while Citizen engaged in the development of solar watches, launched in the mid-1990s with the collection Eco-Drive. The commercial success of this product made the solar technology a de facto standard in the Japanese watch industry. Today, Seiko and Casio have their own solar watches.

Solar watches were considered as a relatively useless technology until recently. It did not help at all Japanese watch companies to recover competitiveness against their rivals from Switzerland and Hong Kong. However, the growing success of wearables for consumers (e.g. fitness bands, smart watches, glasses, etc.) and of smartphones offers new business opportunities for the companies that master small solar electric systems. The competitive advantage built by Citizen, Seiko and Casio, which all have electronics divisions, will obviously support their development outside of watchmaking. One must also emphasize the recent entry of non-watchmaking firms like Qualcomm (US) and Idemitsu Kosan (Japan), two companies that supply technology to the manufacturers of smartphones. Solar watches is still a growing technology and the conditions of competition in this business may change drastically in the coming years.

Data have been extracted, selected and categorised by CENTREDOC patent analysts.

Some of the companies cited in this study:

This study is available in PDF.

Access to raw patent data in a RAPID plateform is an option.

Our study in the press: